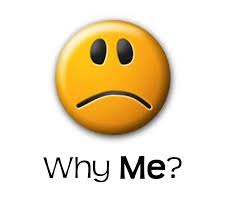 After being diagnosed with premature ovarian insufficiency (POI) or early menopause, one of the first questions that often comes to mind is ‘why has this happened to me’?

POI can be divided into 2 main groups:

1)   Iatrogenic or medically induced – when POI develops following, for example, cancer treatments (chemo/radiotherapy) or surgery to remove their ovaries

In the vast majority of women with spontaneous POI (90-95%) no clear underlying cause is found. This is often called ‘idiopathic’ POI which really means unknown. It can be incredibly frustrating not to know why you have developed POI, but unfortunately there is still so much that we don’t understand about POI. What we do know is that the age of menopause is mainly determined by your genes and a lesser extent by the environment throughout your life (and probably even while you were still in the womb). Therefore the timing of your menopause was probably programmed very early in life.

In 5-10% of women an underlying cause may be found. Some of the known causes of POI are:

As the human genome becomes better understood, more and more genes which are associated with POI are being identified, but usually these are only tested in research studies. There are 2 genetic conditions which you may be tested for – Turner Syndrome and the Fragile X Gene premutation. See the website for more information on these.

In around 5% of women with POI it is thought to occur due to an autoimmune disorder, where the body’s immune system attacks the ovaries. POI is connected with other autoimmune disorders including underactive thyroid, type 1 diabetes, and Addisons disease.

There have been reports of POI occurring after infections including mumps, tuberculosis and malaria, but this is extremely rare.

What tests are done to look for an underlying cause?

When you have been diagnosed with POI, your doctor may do some tests to see why it has occurred:

Genetic testing – blood tests to look for a genetic cause may be considered particularly in women who develop POI at a very young age or with a strong family history.

Antibody screening: a blood test to look for adrenal and thyroid antibodies is often done to identify those with autoimmune conditions.

Can stress or the contraceptive pill cause POI?

Stress and being underweight can cause the periods to stop (this is called hypothalamic amenorrhoea and is different to POI) but on their own, they are not a direct cause of POI. Stress can make menopausal symptoms worse and so it is really important to address your mental health as well as your physical health. Read a previous post on this here

Some women are diagnosed with POI after stopping the contraceptive pill and finding their periods haven’t returned. In this situation, it is not the pill that caused the POI, but it will likely have masked your symptoms of POI by giving the body the estrogen it needed.

Unfortunately with POI and many other conditions, there is nothing you can do to prevent it, and it often happens very quickly without warning.One thing to remember is you are not to blame.