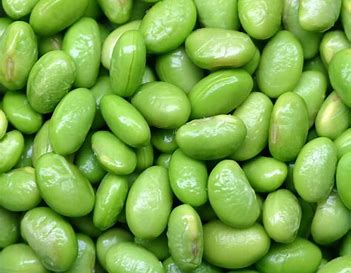 Soy has been used by many women for years as a dietary addition after menopause in hopes to regulate symptoms such as hot flushes. New research shows that isoflavones found in soybeans, may protect women against osteoporosis.

Osteoporosis is a disease that reduces density and quality of bone, increasing the risk of fracture. Often, there are no symptoms until a fracture occurs. The disease is more common in women with premature ovarian insufficiency or after menopause, as bone loss occurs more rapidly with low oestrogen levels. Soybeans contain isoflavones which are compounds that have a chemical structure that is similar to oestrogen.

This has led scientists to speculate that they may therefore have a similar effect on protecting bones.  The study conducted by the University of Hull recruited 200 women in early menopause and randomised them into two groups. In one group, the women took a daily supplement of 30g soy protein with 66mg isoflavones, and in the other group, the women also took a daily supplement of the same amount of soy protein but without the isoflavones. Over the 6 months that the women took the supplements, they gave blood samples from which the researchers could measure bCTx, a protein found when bone breaks down.

He explains that the 66 mg of isoflavone in the daily supplements that the women took, is about the same as that consumed in an oriental diet, which is rich is soybean foods. The average Western diet, on the other hand, only contains around 2-16 mg of isoflavone. Dr. Sathyapalan suggests supplementing a Western diet with isoflavones could be a way to significantly lower the rate of women being diagnosed with osteoporosis.