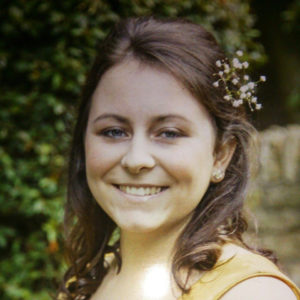 My story starts in my teenage years. I had my first menstrual cycle around the age of 12 and from then onwards I never had regular menstrual cycles which I took no notice of, as I was told by family members my body will settle down or some girls don’t have them every month.  Being a young teenager I thought this was normal, but when I was 16 going into 17, I was suffering with major anxiety, mood swings, depression which I put down to just being a hormonal awkward teenager and rough senior school years. After all, this got too much and after being put on antidepressants that made me feel a lot worse, I started going to cognitive therapy for anxiety and depression which was a great help. I then went to the GP and discussed my irregular periods amongst other things and surprisingly he wanted to get this checked out straight away and booked me in for blood tests right away.  There were chats about cysts, polystic ovaries among other things and I had blood test after blood test. I was then booked in for an ultrasound which I attended with my mum and thinking back to that day now I think to myself that’s the sort of thing I should be doing when there is a baby, not looking at the screen just seeing an empty broken womb that doesn’t work like it should, ultrasounds should be happy events to attend.

Many gyne appointments later the summer of 2013 changed completely for me, at the age of 17 I was told that I was going through a premature menopause, that my body wasn’t working the way it should be and I wasn’t producing enough hormones.  This was a huge shock and at the age of 17 not something you expect to happen to you and I wasn’t quite sure what to think. Many thoughts went through my head like why me, I’m not an old lady, what did I do wrong, somebody up there hates me, I don’t deserve to be a mum. I didn’t know whether to cry or not, but as my stepdad attended this appointment with me I held it all in because I didn’t want to look silly if I cried.  I put on a brave face thanked the doctor and we left.  I was put on the pill to make sure I was getting hormones and regular cycles and to keep my insides healthy, due to putting a lot of weight.  I was taken off the pill and given the Mirena IUD COIL in January this year at the age of 21 to help protect my womb and keep it healthy, to help avoid cancer and incase I ever decided I would like IVF I can carry a baby. I was also put on a low dose of HRT to aid this as well.

My gyne doctor recently said to me that it is very rare for someone my age to go through this and they have not done much research on this topic. I was then booked in for a DEXA scan a month or so ago to check my bones for osteoporosis and I am waiting to hear back the results from that, overall I have been quite lucky with the help and support from my doctor and gynes and how quickly they got me diagnosed. Now at the age of 22 it is getting hard mentally because people from my year at school and family members are having children and posting it all over social media and even though they are friends and family I sometimes feel like I don’t want to see that.  Going to appointments in the maternity ward is hard when you have to sit in a room full of pregnant women and hear how it’s their first or third pregnancy and they are so excited, it’s the most wonderful feeling when they kick etc, hearing this and knowing that I might never get to experience that makes me sad and angry. I hear people talking about this topic and they say it’s nature’s way of controlling the population, there’s more to life than having children and that makes me angry and sad as I know it is but even though I am 22 I would like to try and have children when I’m older, once I’ve finished university and hopefully worked.  In my later 20s I would like to have a child whether that being through IVF or adoption. Knowing that I have a body that doesn’t work properly and is broken makes me hate my body which I shouldn’t but you can’t help but feel you’re not worthy of being a mother and that you’ve done something wrong, or you would be a rubbish mum so that chance was taken away. Overall I would like to raise awareness about it as it a crap thing to have, so more research can be done and more women and girls my age will know more about it and maybe go to their GP like I did to get checked out because it really is a life changing thing. I hope my story helps others out there and urges others to find help if they think something is wrong. Sharing my story took a lot of guts as I have never spoken about it publicly or very rarely to other people except from some family members and close friends.