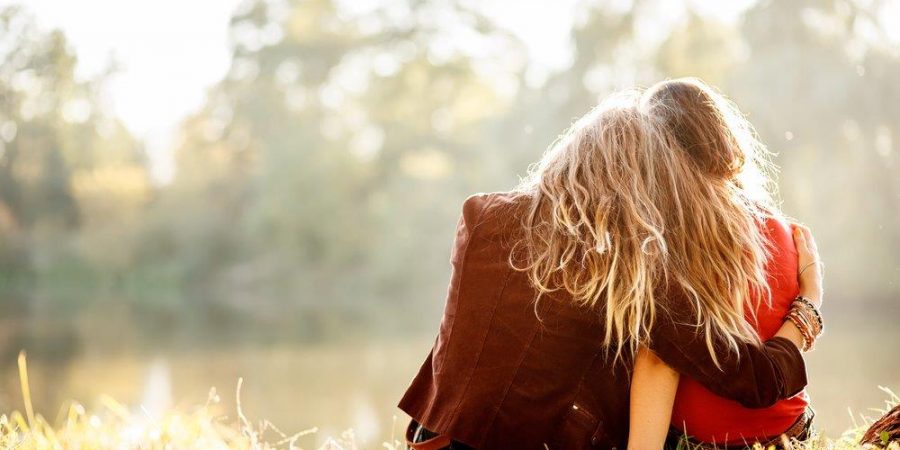 “My beautiful daughter started her periods at 13, and for about 18 months there was nothing strange with her cycle. I kept a track so I could keep the cupboard stocked with sanitary products and ensure all was ok. I started to notice her cycle was becoming irregular, the gap between periods getting longer. We chatted about it, and she didn’t seem too worried, but I had a niggle in the back of my head. I was aware that she didn’t use deodorant, she never had body odour and she was beginning to put on weight. I was concerned she might have polycystic ovary syndrome, so I persuaded her to let me make her a doctor’s appointment. I accompanied her to the appointment, we saw a trainee GP that day, not our regular doctor. Between us we explained our concerns. The GP wasn’t too concerned, she said my daughter was a bit young yet to worry about such things, but she could order some bloods to be taken if we wanted. My needle phobic 16 year old daughter went white. We decided not to go for the bloods, as the GP didn’t seem unduly worried. In hindsight I wish we had got the bloods done!! Over the next couple of years her periods were a rare occurrence, and when she was 19 and hadn’t had a period in 9 months, she took herself back to the doctor. The doctor ordered blood tests and the results showed that she had no oestrogen! She was immediately referred to the gynaecologist at our local hospital. I went with her to that appointment. There were two, male, doctors in the room. We sat down and I got out a notebook and pen so I could be a good mum and write down what the doctor had to say, so we could go over it together later, so we wouldn’t forget anything the doctor told us. The doctor started to talk and then said ‘No Babies’. Just like that. I looked at my daughter– she was sat there looking at the Doctor smiling and nodding. I asked her if she had heard what the doctor had said? Yes, she said still smiling. The doctor introduced the other man in the room as a fertility specialist, who proceeded to tell us about the options for IVF, donor eggs and free cycles. My daughter still nodding and smiling. They then took her off to scan her to check her womb was ok. Her womb is fine, she can carry a baby, she just can’t conceive. After the appointment we sat in the waiting room. I again asked her if she understood what the doctor had told her. She whispered ‘no babies’, and at that moment her heart broke, and now, nearly 10 years later, its still broken. I held my daughter while she sobbed, there in the waiting room. When the tears stopped we went to the pub and had a stiff drink. It was an awful time. As a young mum I had envisaged being a young grandma, but that wasn’t going to happen now. How selfish was I? Crying myself to sleep about my ‘lost grandchildren’ while my 19 year old daughter sobbed in her room next door. I couldn’t voice my feelings because I had to be there for her, I couldn’t make it about my loss, even though my heart was breaking. I had an attic full of baby toys and equipment that we had kept after our youngest had grown up, for the grandchildren we were sure were just around the corner. I felt bereft and guilty. Guilty for not getting her checked out at 16, guilty for not being able to help. I looked into donating my eggs to her, but at 39 I was too old to donate. Never mind the ethical conundrum that would have been. I thought that my youngest daughter, who was 12 at the time, could donate her eggs, maybe my cousins could donate theirs!

The next few years was a constant pushing the doctors for correct medication, she was put on the pill instead of HRT as it was more ‘acceptable’ for her age. But she wasn’t good at taking her tablets. She tried patches, but they made her skin react. So for a long time was unmedicated. I worried constantly about her health. We had been told about the Daisy Network, and read as much as we could find. It was all well and good reading about the various tests etc that were recommended but the GPs knew nothing about the condition. My daughter was telling them what it meant. We pushed for a bone density scan because she had had several breaks and dislocations over the years. It took four years to finally get a bone density scan! She was within the normal limits. Eventually she was referred to a specialist in Oxford, and had a second bone density scan – also ‘normal’. She had a lot of hip pain at that time which turned out to be a fracture. Sadly this led to a complete hip break, then a hip replacement aged 27! She was also diagnosed with Thyroid issues. It’s been one thing after another. She is now nearly 10 years post diagnosis, and she has seen friends and close family have babies all around her. The hurt is as raw today as it was 10 years ago. Her mental health is fragile. Her body is fragile. I worry so much for her.

And now my youngest daughter’s periods are becoming less frequent, and I am worried sick that the same diagnosis awaits her. She found a lump in her breast 18 months ago, which was thankfully removed and benign -but having done some research and finding this could be as a result of too much oestrogen, I asked the consultant if it might link to her sister’s condition, POI. The consultant asked my youngest some questions that fitted Polycystic Ovary Syndrome signs and symptoms and nothing to do with POI – if the consultants don’t know the difference, and the GP’s haven’t heard of it, how are we going to help our daughters?” – Anon