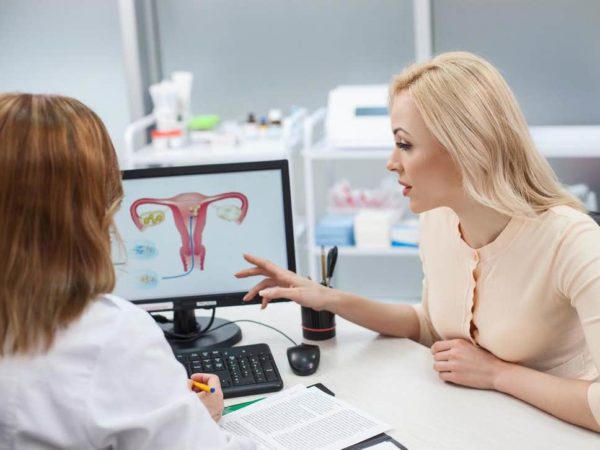 In an attempt to provide some reassurance and dispel fear over the reports that HPV vaccine causes POI, the daisy experts have written a brief overview of the evidence which suggests that there is no clear association between HPV vaccination and POI .

There has been much controversy about whether the HPV quadrivalent vaccine, Gardasil  or the HPV bivalent vaccine Cervarix can cause premature ovarian insufficiency in adolescents or young women over the last few years and indeed recent reports of premature ovarian insufficiency occurring after HPV vaccination has received national media attention, and has been circulated widely on social media and other internet sites.

Such reports were based on a small case study of 3 adolescent girls who  experienced premature ovarian insufficiency shortly after administration of the vaccine in Australia, -whose doctors believed subjectively were due to receiving the vaccination and subsequently these cases were reported to the The Vaccine Adverse Reporting System (VAERS) in Australia

There are some clear known causes of POI, these include chromosomal abnormalities, chemotherapy or radiation therapy after treatment for certain cancers and Fragile X syndrome. However, causes of this condition remain largely unknown. It is the lack of understanding of how and why premature ovarian insufficiency occurs that allows such claims to be made that vaccines can be the cause.

The published case series must be interpreted with caution as the authors of the series included small samples of young women presenting for care at selected clinical sites, and relied on self-reported vaccine exposures, which lacked controls.

Even if correlation is reported, it does not prove there is a causation between having the vaccine and developing POI.

In contrast Researchers at Kaiser Permanente Centre for Health Research studied the safety of the human papillomavirus vaccination in regards to primary ovarian insufficiency. The findings of the study were published in August 2018 in the journal of Pediatrics. Despite the importance of the findings , the results, in contrast to the media attention received from the small Australian case study practically went under the radar, with almost no press coverage.

The study itself led by Allison Naleway ,PhD ,was a collaborative study between the Institute for Health Research, Kaiser Permanente Colorado in Denver; the Department of Pediatrics at the University of Colorado; and the Immunization Safety Office at the CDC

They excluded 27 cases of premature ovarian insufficiency with a known cause, including genetic conditions or surgical removal of the ovaries, as well as coding errors and conditions before the initiation of the HPV vaccine .

Highlights of the results

“In a population of 58,871 young women who received the HPV vaccine during the study period, we found only one case of an individual who possibly had symptoms of primary ovarian sufficiency after vaccination,” Naleway said. “If POI is triggered by the HPV vaccine or another recommended adolescent vaccine, we would have expected to see higher incidence in the younger women who were most likely to be vaccinated. But we found no elevated risk for these individuals.”

“The safety of adolescent vaccines is important to CDC, as it is for parents and health care providers,” co-author Julianne Gee, of the CDC’s Immunization Safety Office, said. “While the safety of these other vaccines is well established, this important study offers additional population-based, scientific evidence that HPV and other adolescent vaccines do not negatively impact fertility in young women.”

Of course, this study was not without shortcomings. One such shortcoming, of course, is that there were relatively few cases to examine. Fortunately, POI is not common, particularly in teenagers. Similarly, there were also potential shortcomings associated with the use of a long exposure window between vaccination and POI diagnosis. Because the authors had no way of knowing what the optimal time window between vaccination and diagnosis  authors noted that using a long exposure window had the potential to mask a true acute risk of POI after vaccination, but that limiting their study to shorter windows might miss an association. Still, despite these shortcomings, this is a resoundingly negative study.

In other words, this study failed to find any evidence that HPV vaccination, or any of the other three vaccines studied, were associated with an increased risk of POI.

Here is a copy of the paper for those interested.