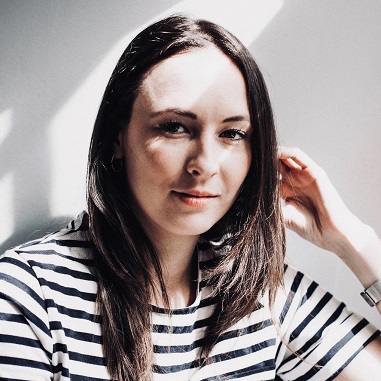 “Recently my youngest daughter, Annabel, decided to announce to the world she had been diagnosed with Premature Ovarian Failure at the tender age of 15. As her mother, a naturally reserved person, and a part of her only support system with friends and family until now, my reaction was both shock and pride: shock that she should wish to share something so intensely personal and pride that suddenly she felt compelled to raise awareness, alongside Daisy Network.

Growing up at a time when my maternal Grandmother referred to periods as ‘the Curse’ and spoken about amongst other women in hushed voices, at first it seemed strange but now empowering that all things menstrual are now so openly discussed amongst women.  Having had fertility issues myself as I started my periods quite late compared with my peers and also experiencing very erratic and patchy six weekly cycles, it was no surprise when one of my daughters showed warning signs at the same age. Eventually I was put on the combined contraceptive pill at the age of 16 to try to regulate my cycle, which was quite young in my day.  However, I certainly wasn’t prepared for the diagnosis that Annabel was to be later given. To be informed that a natural bodily function was coming to an end before it had even begun was completely unbelievable and frankly ridiculous. Why should it be her? There was no history of anyone either side of the family having such definite fertility problems. At the time, I could only say to Annabel that as her parents we had maybe ‘made’ her wrong as I didn’t want her to think any of it was her fault.

Throughout the whole experience, I merely wished to protect my daughter. I was horrified at the harsh and insensitive way any medical investigation or information was delivered to us during the various hospital appointments we attended together over the five years. Due to my own experience, and after her initial period aged 13 seemed to stop altogether; I hastily made an appointment with our local GP. She handed me a blood test form to take to the hospital marked ‘Premature Ovarian Failure’? As I crossed the road outside the surgery, my heart sank.  What did that mean and what were they testing Annabel for exactly, what did this mean for her future? There was no further  explanation from the GP until we returned for the results which showed Annabel had started the menopause. Annabel was looking at me to fix it as she tried to process what the doctor was saying, but there was nothing I could do. Although I wanted to ask every question that immediately came to mind about the long term implications of this devastating fact, I didn’t so as not frighten her further.

There followed an ultrasound scan of her ovaries at the local maternity unit. It seemed brutal that Annabel uncomfortably sat next to heavily pregnant women in her school uniform. Surely there could have been a separate place for her to be seen instead of next to the labour ward surrounded by newborns? The nurses never seemed to read the notes as to why we were there and would be rather insensitive with their questions and opinions. Only one small ovary was revealed although her womb was healthy which meant IVF could still be an option for when she was older – a topic not many girls at 14 should ever have to consider.

My eldest daughter, came with us on one occasion to the local hospital, whilst Annabel endured an intrusive internal and external examination to see if she was developing ‘normally’ for a girl of her age, and we sat in silence. I would’ve gladly undergone those tests for her if I could. The humiliation and indignity of the whole situation was not something a teenager should have to bear. As usual Annabel never seemed unduly phased and chatted away to the nurses behind the curtains, however, I knew at home she suffered. I would find her staring out of her window looking at the rest of the world go by whilst hers was falling apart.

At this point we still trusted the medical professionals but it became increasingly clear that due to Annabel’s age, it was outside their expertise. The bedside manner of the top gynaecologist we were referred to was appalling, and he merely confirmed that her menopause was well under way and that there was nothing that could be done. Trying to explain all this to your daughter who was struggling to accept her body had failed her was heartbreaking. My husband and I, my eldest daughter and son were all distraught in different ways. How to help, what to say? We felt inadequate as Annabel had always talked about wanting children but now there was nothing any of us could do. So we tried our best with futile comments to try to reassure her and help the situation.

In order to process what was said during each short but life-changing appointment, I would frantically make as many notes as I could. With key words and phrases I attempted to try and piece it all together and comprehend the full significance of what we were being told by each new specialist. I asked endless questions at this stage which, of course, they could not answer.  Being referred to the Paediatrician Dietician was a relief as at least Annabel was seen in a more child- friendly environment with more sympathetic nurses. However, it was still not the specialist menopause clinic you would hope to be seen at. There followed more blood tests and scans whilst Annabel was put on the pill, just like I was in order to try to kick start her periods and there seemed to be some hope. But to no avail and after a lot of wishful thinking, at the age of 15, Annabel was finally diagnosed with Premature Ovarian Failure and told that her menopause was over.

Bizarrely I was going through the menopause myself and could relate to her extreme mood swings although thankfully she didn’t seem to be suffering any of the other symptoms. You certainly don’t expect to be going through the menopause at the same time as your baby girl.  Whilst Annabel was in denial and just wanted to feel normal throughout her teenage years, I was desperately seeking answers but didn’t  now who to ask or where to turn to for support.  Although I felt frantic, it was important to respect Annabel’s wishes. If she didn’t want to talk about it, it wasn’t mentioned. At that time there was nothing more I could do, even though as a mother it never felt enough. I could only try to be there if and when she needed me.  Although sad, her family, friends and I are all immensely proud that she is managing to turn such a devastating diagnosis into a positive action; she is now passionate about providing a more effective support system for the brave girls and young women that experience Premature Ovarian Failure and who have not had a voice until now.”